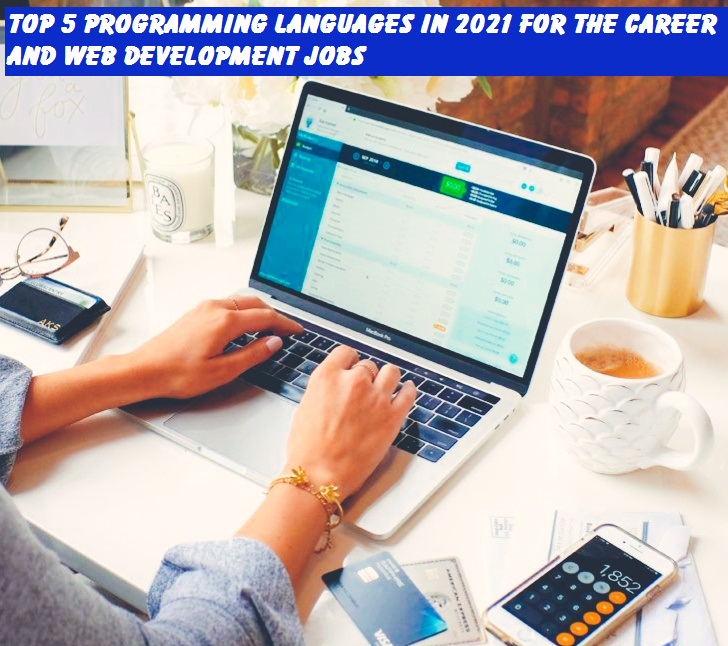 Los Angeles, CA | Everyone wants to bring a new world amd also wants make their Future in the world large number of internet field and internet categories. So finally, today we brings same types of categories for you to learn and get a best success point for the future. If you are a beginner or server side or websites developers then mostly try for these programming languages to get a good achievement in your career. By the way,  every developer are want to divide their focus on anything new to teach everyone or learning from everything.

Without wasting more time, lets talk about that top 5 best programming languages to learn in 2021 or get good achievement in easily.

World’s top and advanced website developers is mostly going for Python Programming language in 2021, and also in the short and function are we can make easily most kind of large projects and all website’s Back-End platform. The users of python 7.1 million before the JAVA and etc all languages, and also may be 1million developers were join in the large amount of users in 2021.

Actually, Python and Java both is high level and most ranked language in 2020 or 2021, because of their short codes and top future advaced technology. Also mostly the users of programming laguages are going with Some top best usable Frameworks like Django and Java spring Framework to create your website easily and make many kind of website and CMS with Python.

In our list, Javascript is have most level of value to learn Javascript for future and the Frameworks of Javascript like Jquery, Vue Js, Angular Js and React Js is most popular framework for the design and develop any kind of website easily with the functions of Javascript. If you want to be a developer or web designer then you make sure use the javascript to create websites with attractive design and use this javascript in the whole back-end work.

Javascript is a common used language in the every websites of world, because their frameworks and website’s more attractions. By the way,  salary for javascript developer’s might be down or less than pyhton developers but value of this language has more important at the website design and server side environment of websites. Without javascript, your website may not be a beautiful and sliders, popups, videos button and graphics for any website frame for players etc. But if you learn Javascript with any server side lannguge like Php, Java, python and etc, then you will be get better experience for join developers world.

Java is perfect language for the back-end apps and websites developers and also good for the salary and easy working. Mostly Mobile apps, and websites are made in the JAVA, For example, Google, Facebook and more biggest site on the internet world.

According to SlashData, there are now 8.2 million developers in the world who code using Python and that population is now larger than those who build in Java, who number 7.6 million.

So finally, JAVA is high level programming language in Market of Progrmming or development. In year 2021, this language will a best role for the mobile apps and websites Back-End.

Min-salary : $104K to $150k Yearly with good lifestyle within programming.

By the way,  C, C# and C++ is popular languages in the programming, development, design and apps or software development. This is like an all-In-One programming languages around the world. Without this language you may not be a advanced programmers. If you want to create any kind of own operating system like Windows, IOS and Android then you must choose for ALL C series languages.

All about these languages, you should have to know from their official websites or blog.

About this language you may known already – if you are a developer or programmers, if you doesn’t heard or known about this language then we recommends you to know from Swift official blog or website which is made by Apple.

Normally, Swift is made by Apple programmers, IOS Operating system is made in the Swift language. This language was mostly used by apple company and developers but now that language is in the public version, where the people or developers are going with this attractive languages. There is some reasons to go with Swift, first who is using Apple products and mac and second who is hope to connect only choice on the Apple company.

On the present time, the development of website and operating systems with Swift language is much good for the developers but mostly programmer are going with Swift in 2020 in the next several time or year 2021, this Language will take a lot of users because of spreading apple products. The developers and beginners are understanding Apple products are more protectives than other OS or mobile computer company. They want to going with Apple as protective programming languages but also this languages is more attractive in programming.

In future this languages will be a protective and fast reliable to force the developers for learning begin.

So finally, we have been shared some these kind of future and fast or values programming languages to make every developer’s career good and perfect.