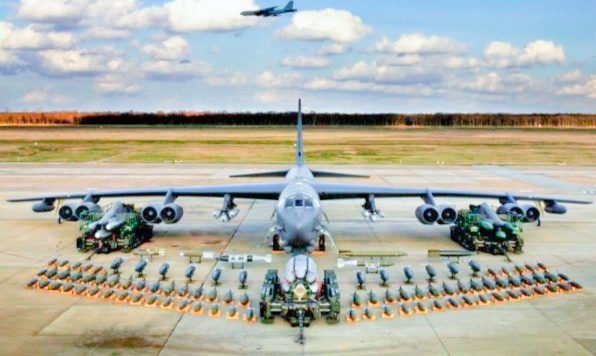 NEW DELHI, INDIA | In the publicity of news about Strategic bomber from India where had conversation about B-52 or Nuclear bomber transport like Strategic weapons. Also have told more conversation about Nuclear bombs transmission to manage all the things of transmission of Nuclear weapons. So, as per our things is India really need B52 or more strategic weapons from foreign country to keep under defense of India.

In the Asia, China have an strategic bomber which called Xian-H20 and many Nuclear transmission aircraft models for their defense in Asia from other Nuclear powered country like India, Japan, Australia and United States.

Actually, Xian H-20 is no more success or prepared like B52 bomber which are mostly in Syria, Yemen, Afghanistan and other Asian countries. Because Xian H-20 are not used yet properly as same as B52 bomber of United States which have used more times in world.

Amid India-china standoff or tension, Might India will be plan to get an advanced Strategic weapons to make India under good defense than other Asian countries. Also its will be good in future for war with China and Pakistan together, because China already have an existing self-made strategic weapons which called Xian H-20 but that was not used more than American B-52 bomber.

In Asia, India has more advanced aircraft like Rafael, Su-30MKI, Mirage 2000, MiG-29, Tejas, MiG-21, still might India going for B52 or any advanced Strategic weapons then be a great advanced which can fight China-Pakistan once together or may get safety from every attack from both countries.

By the way, for India, B52 is not an easy deal from United States because of high policy of International matters but it’s (B52) are always used by United States Air force or American army.

Still, have some opportunity for India in the QUAD whom are an a group of United States, Japan, Australia and India where India may have lucky for getting Strategic bomber from United States under the help of these (QUAD) countries, who are against china.

In future, India-America will be deal with each other countries to keep defense of each other in Asia and any other continent.

But still, Indian Air Force must needed for Strategic Weapons (B52) to keep India’s defense in any other Nuclear situation amid India, China and Pakistan tension in Asia.