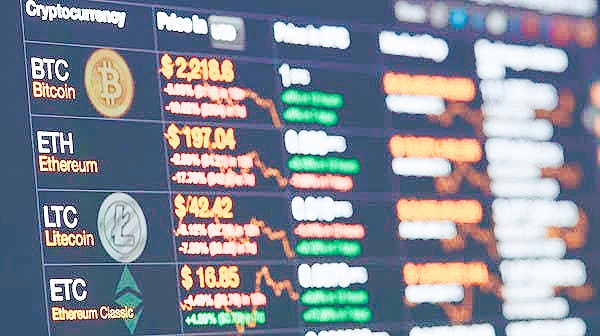 MENLO PARK, CALIFORNIA | The world is now accepting, investing, holding, financing and buying Bitcoin in the new technology of world.

Bitcoin is the largest blockchain-based digital asset, with a market capitalization of approximately $1 Trillion as of September 2021.1 It is considered to be the most successful cryptocurrency ever. The following are among the leading early investors in bitcoin and blockchain assets, compiled from media reports.

Public mining, public order acceptance, rewards, everyone can make, trade, send or recieve withot any permission of banks and Central government its a rights of trades and freedom and other all are happening woth decentralized world with Blockchain tech to asseble a digital currency and manage yourself.

Bitcoin is a digital currency who can printed digital assets and any civilians, and Forex is a local or physical currency which only priting the central government’s ideas.

The mostly daily $100B to $250 Billion’s of transactiona are happening with the blockchain technology than Forex, Stock and other funding or profitable source and interests.

So, today we shares some thing to know how much bitcoin and who holding most of quantities in the blockchain network world. See below.

MicroStrategy is the public company that holds the most bitcoin on the balance sheets, followed by Tesla, Galaxy Digital Holdings, Voyager Digital, Square and Marathon Digital Holdings. MicroStrategy holds approximately 105,085 bitcoins, worth $3.6 billion based on price on 28 June 2021. In the recent days, Microstetegy Creator or CEO Michael Saylor confirmed a new addictional purchasing of 50052 Bitcoin on the 9 September 2021 amid a new suddenly crash being El-Salvador’s announcement on the official currency and propoganda of buy the dip at Salvadorian.

Microstrategy one of large bitcoin investing public company in world, its first big investing company of CryptoCurrency than Stocks, bonds and other opprotunities. Now, MicroStrategy holds approximately 114,042 bitcoins, worth $5.1 billion based on price on 13th Sept 2021

Microstrategy purchased all time in the sudden dip of Bitcoin price and plummet prices. The company is still more interest in Bitcoin and happily accepts and makes their own crypto token or coin in the future to stable the company holding of bitcoin and cryptocurrencies, now USDT ( Tether) is a best method for Stable coin investors and holders.

Microstrategy might waiting for a new Crash Buy the dip of $30,000 per BTC, But its impossible for long term ratio to take immediately the down price of Bitcoin because of mostly graphera are imgine about Bitcoin to reach $100K as soon as possible.

Tesla has first big company of Bitcoin fan in begin of year 2021 to yet. but before Microstrategy, Tesla CEO elon musk chose Bitcoin accptance and holdings.

Tesla bought $1.5 billion worth of bitcoins in January 2021. Elon Musk, Tesla’s CEO, said that the company sold around 10% of its bitcoin holdings in the first quarter of 2021 to demonstrate the liquidity of Bitcoin. The sale generated proceeds of $272 million and the company made $101 million in profits from the sale.

Musk’s comments on social media have exerted great influence on the price of cryptocurrencies. In March 2021, Tesla started accepting bitcoin as a payment option for its electric vehicles. However, on 12 May, Tesla announced to suspend accepting bitcoin as a form of payment, citing concerns over energy consumption. On 17 May, Musk clarified that Tesla has not sold any bitcoin.

On 13 June, Musk said that Tesla will accept bitcoin payments again once miners of the bitcoin can show they are using roughly 50% clean energy. The bitcoin mining council was formally launched on 10 June amid worries over bitcoin’s energy consumption and is open for membership applications. Both Michael Saylor and Musk are facilitators, but its website claims that Musk has no role in the council and Saylor is a key member of the council.

Elon Musk was first businessman who accpeted Bitcoin and Crypto in their company but monitoring some energy and pollution reasons, Elon Musk suspended the service of Bitcoin at Tesla and sold some 10%  of total Bitcoin to shrink the price of Bitcoin to confirm a trouble of Clean Energy. After the Clean Enegry almost mined at Bitcoin with 60% mining, Elon Musk re-enabled Bitcoin Service for Tesla.

Almost 70,000+ Bitcoins, Tesla and SpaceX holdings at the present time, might in the future Elon Musk’s all digital companies will accepts Bitcoin as Legal primary currency.

These above given companies are holding most bitcoin as other holding but Tesla, ARK,Microstrategy and Marathan holding are holds most of Bitcoin in United States in the list of total holdings of 250,000 Bitcoins.

Remember – This specific post will be updated soon as every new announcement, news and other assts adding. Please read this every weekend for a new updates.