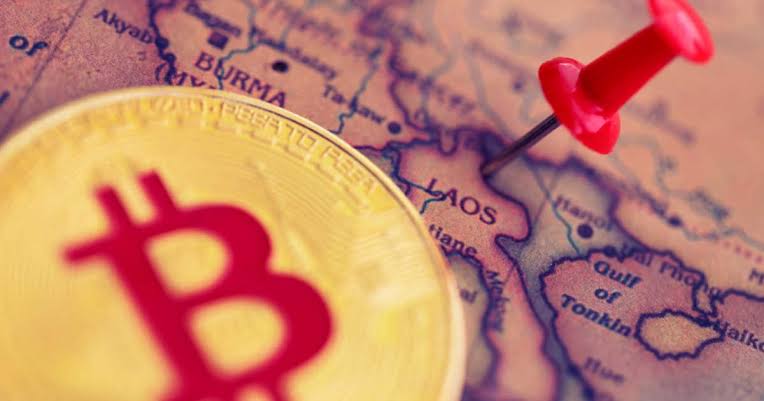 MONTEREAL, CANADA | A big news for Bitcoin mining around the globe, Coming with Legalize backed by Government and civilians. Every Country learning about ‘How to Mine Bitcoin at home and How to mine bitcoin with hydropower electricity‘ in the world after chinese ban/withdrawal from crypto and Bitcoin mining. Now, the world’ top energy and large exporters are clearly intereated in Bitcoin Mining through their large number of electricity power and high volume of Producing capacity.

Every Bitcoin miners are knows all about Electricity consumption and supply for keeping active the bitcoin mining because its a digital currency which only works through Energy, power and GPU assets of computer and server.

Laos (Asian Country) has authorised the mining and trading of cryptocurrencies, in a policy shift by the debt-laden south-east Asian nation that positions it to profit from the crackdown on digital currency mining in China.

A most important role now Laos can play in the Asia after Chinese Crackdown on the CryptoCurrency, El-Salvador, Canada, Australia, US, UK, Germany, Kazakhstan are mining Bitcoin with Large amount of HydroPower Electricity and Solar electricity of top watt of supply.

You don’t imagine, that China still running 40% of total Bitcoin mining in Beijing and Other chinese states.

A big news coming from Laos where mostly public, miners and Government wants to apply for new Electric money with Bitcoin to mine and Make an extra money through thier high number of HydroPower supplies.

El-Salvador, Ukraine, Hungry, Belarus and now Laos, these countries are miming bitcoin with large number of Hydropwer electricity in soon.

These Countries are supplies large number of power, electricity and digital asstes of energic supply to the world and now accpeting Bitcoin mining for the electric money without any permissiono of global rules and policies.

The office of the prime minister this week said six companies, including construction groups and a bank, had been authorised to begin mining and trading cryptocurrencies such as bitcoin, ethereum and litecoin. Government ministries will now work with the Bank of Laos and Electricité du Laos, the national power utility, to regulate the industry, according to a report in The Laotian Times. The findings of the research and consultation are set to be discussed at a government meeting this month.

This step Laos government taken becausw of Loss in Covid-19, tourism loss,  low export value, large number taxes ofdomestic and international, domestic situations and the present condition of country after the covid-19 and loss of demand in their USD global reserve and thier economy of country.

The governement taking the decision on the cryptocurrency to start mining for earn with electric money. Laos banks are still warned the people of laos for the physical currency but now government of laos adding in the list of comodities to mine bitcoin for fixing the current reccision and situation.

This same, El-Salvador and Panama had done to make an electricity and next Belarus, Ukraine, hungry and Laos to regulate bitcoin to fix all the current situation after COVID-19 pandemic.

After COVID-19 pandemic mostly countries are need money wether are that Electrical, digital or Physical, so ots same happening with laos.