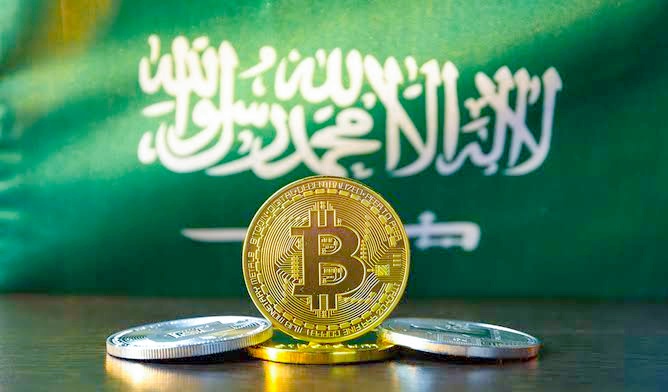 RIYADH, SAUDI ARABIA | world’s 3rd largest company Saudi Aramco which is exporting mostly Cruide oil and other energy source to the world’s every country. Its a big news for Crypto, digital, virtual currency or Bitcoin users and holder to make their market stability of Bitcoin from Saudi Aramco corporation.

According to finbold.com a report coming from Saudi Arabian largest company ‘Saudi Aramco’ related to Crypto currency and Bitcoin to mining and accepting soon to the international exports of billion of USD in expect to BTC (Bitcoin).

Saudi Aramco, the third-largest company in the world, is reportedly planning to jump into the cryptocurrency bandwagon and also following the blockchain technology to make an freedom of financial assets as digital assets.

By the way, Bitcoin needs more energy and architecture to manage its self, and also Saudi Aramco is a one of most popular and needy ‘Energy’ suppliers to the worlds.

In the future, Saudi Arabian government will allow its or make legal Bitcoin and Ethereum to make their country independent from United States Dollar (USD) in the foreign Inward/Outward remittance transactions, taxes and charges, and these opportunity might make everyone profitable by the digital financial assets as Bitcoin and rather than Ethereum (ETH).

The all about Saudi Aramco, a Brazilian Bitcoin miner Ray Nasser during his an interview in their Bitconheiros YouTube channel  in a video of his category on Bitcoin miners and Future of Digital currency. Ray Nasser always reported regarding Bitcoin of Middle East of Asia, and its a big news they provided for everyone to make a smile from world’s largest company’s interest in Bitcoin and their mining.

Its can possible for Saudi Aramco to mine Bitcoin and other crypto assets but USD will be a problem for Saudi Arabia where mostly ‘trillion of USD’ reserve are live in the World’s foreign reserve. although mining will be a digital property or financial thought of Saudi Aramco to make any future on the digital currency with their own Riyal and other USD to make an asset for international transaction and export/import one in Bitcoin.

On the early 60% of Bitcoin mining ban, Saudi and America will be a opprotunity for Miners to mine Bitcoin with satisfied and clean energy in these 2 specific countries.