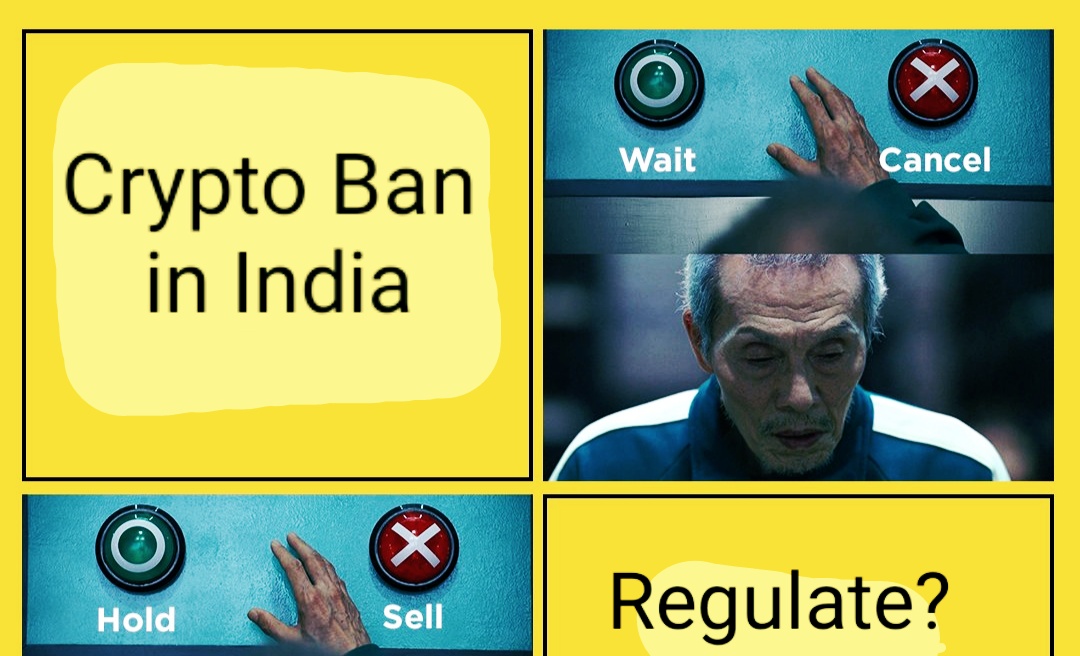 World’s most popular countries are going to regulate, ban or restrict cryptocurrency which is working end-to-end encrypted blockchain technology or internet technology. The many countries are using crypto as a payments across the country like El-Salvador and other South American or European countries. recently, The Crypto regulation bill is coming into the parliament of India for the regulating or banning the crypto related transactions for the payment or other financial assets.

On the 29th of November,  A bill will be brought to the National Parliament of India, where the Crypto exchanges, Government, Financial minister, politicians, CEOs, IT Industry, Economy Analyst, Finance and digital finance’s corporation and RBI governor will be discuss related to crypto ban in India or regulate in India.

Mostly 80% Indians are worries about the Crypto ban or crypto legalization, because in the all market cap of $2.5 Trillion, $20bn are investing from India. Also they feels fears about their past where they lost many INR in the tensions between RBI vs Cryto in February 2021. Same day were came out in begin of year 2021 with this same bills, but that was not been success to ban the crypto transaction in India.

Now again a bills are coming in the Indian Parliament to Regulate or ban the crypto but many problems are coming for the Economy, Future technology and digital India. The IT sectors of India wants a blockchain or NFTs technology to make Indian better with new blockchain or decentralized works.

The Ban on Crypto in India, Already ignored by Supreme court of India In Year 2018 where RBI claimed the Crypto is fraud and scams, and also said they want to ban Crypto transactions in India. The case won by Crypto advocates, where they cleared more things regarding rights in crypto in Supreme Court.

Finally, A bill again came in the Parliament of India not in Supreme Court, the discussion was Right for Everyone by Supreme court In 2018. India has world’s 1st crypto investment country, where mostly peoples are investing in crypto with long-term or regular trading, but the government want to make strong the Indian Rupees to regulate crypto by some Ban or same Legalize.

The Government of India, Want to pass a Bill with rights of use and rights of trading and rights of Country. Mostly Investors, traders and long-term holders are in fear where they heard a news related Crypto ban in India.

If you heard about Crypto Ban India, then you should have to mind once about the Supreme Court where the Supreme court already said no ban but Crypto will be a public right.

The Indian government will ban crypto then Indian Advocate will again make a petition about Crypto in Supreme Court. Same game will be played in Supreme court when the Right of use will be in trouble. but it the mostly Exchanges CEO are believes the Government or Financials are going to regulate crypto by the some Government’s or financial rules.

The Financials or governments are believe ‘Crypto Is Unstoppable’ currency where the Government can’t ban it. The Crypto is future with the Blockchain and NFTs technology of new century.

The Bills is going to clear the Regulation for the Digital Assets class not for regular Payment System. But Still Crypto Not be banned its early said by Nigerian Government. The Rules and Regulation terms & Conditions will be apart or restricted but the regulation for crypto is going to imposes the ban on Private Untraceable currencies in Blockchain Scans. India also want to create a Digital Rupees through RBI by same blockchain technology in Future to trade with Digital INR to other pairs.