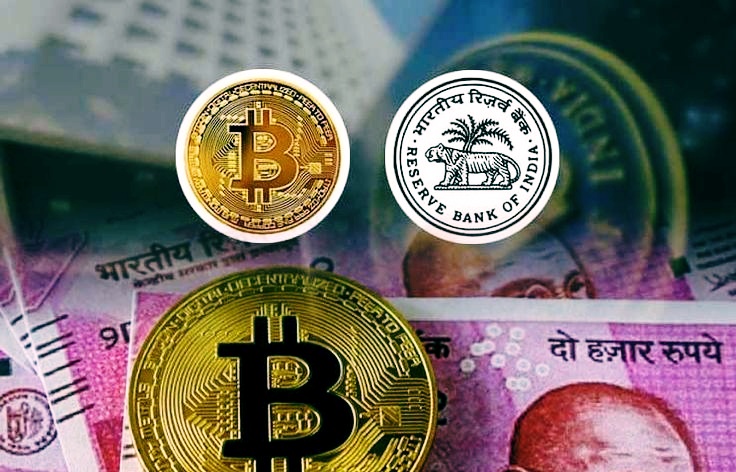 India will ban ‘Bitcoin’ and creates their own CryptoCurrency in year 2021. : CryptoNews

MUMBAI, INDIA | In the some day before, Indian authorities and RBI (Reserve Bank of India) guidance a Budgets 2021 to allows new deals and expose some currencies, companies, exports, imports and more etc.

But there was a special question for users of Bitcoin on that may government will be takes some decisions to decline International Crypto currency than National currency which RBI will make to attract people of india to use self-made currencies than Bitcoin, Dogecoin, Ethernum and more. Although, it kind of statement was came many times from 2012 to 2021, and also Indian Bitcoin users were sold more BTC from Indian side because of recent falling price of Bitcoin or restrictions on Bitcoin in India.

By the way,  Indian Government now disgust more about Banning Bitcoin in india to bring new official crypto currency of India. So, now may RBI will begin with new Indian made cryptocurreny but we can’t we believe the banning about Bitcoin in India. Mostly, Bitcoin has world’s top number in the large number of stock mining or volume stocks than other CryptoCurrencies. Might be it can happens,  Indian RBI will focus on official currency but ban of Bitcoin might be happens impossible to ban buying.

Mostly, The users of Bitcoin are from Europe, America and Asia but Japan is first country whom made Bitcoin firstly in the world. And world’s top 75% cryptocurrencies are belongs to Japan only for creating or firstly development.

By the way, India will be make or going to make any thing of development on CryptoCurrency but for yet Indian not have any cryptocurrency as their national.

Indian Government can make their own CryptoCurrency, but talking about a ban on Bitcoin may will impossible to move forward. India has world’s listed country to trade with Bitcoin In USD currency. Because of security of any cryptocurrency is not match as Bitcoin’s Security and mining rates. But many hards and patience to India will be successful to making of their CryptoCurrency.

So finally, for yet not have left conversation on the bitcoin from Indian development of CryptoCurrency but might next further it will make strength to be keeping successful in own CryptoCurrency.