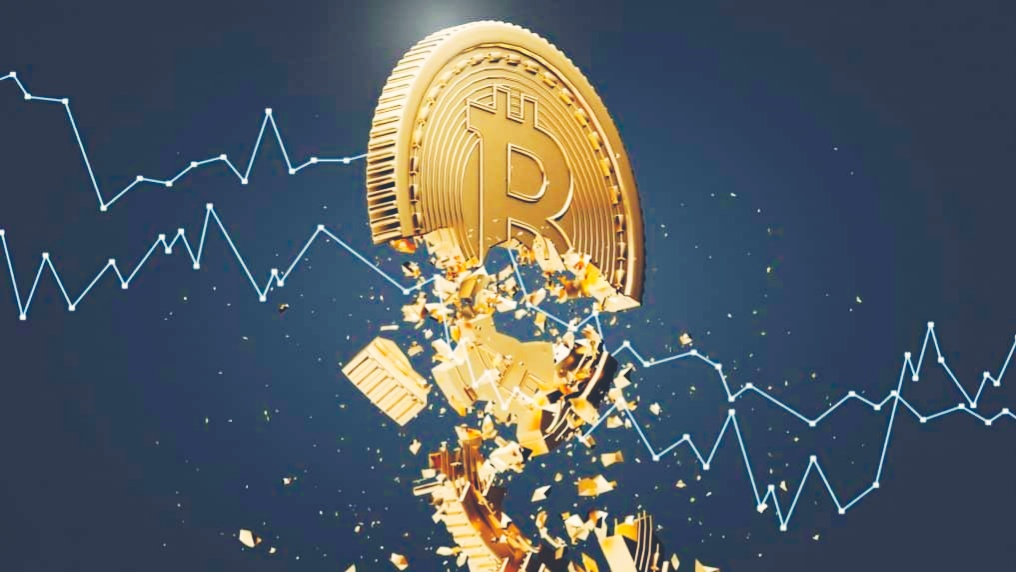 ISTANBUL, TURKEY | A big -10% to -20% of down fall is coming for Bitcoin and other cryptocurrency amid most negative announcement, DeFi network hacking, attacks, Gain Tax and others from globe on cryptocurrencies. Bitcoin almost going dipper and El-Salvadorian buying for using in their country, so a bad news coming from Turkey for European and Asian crypto investors. see the recent prices of bitcoin a second week of crash at short term investors or daily traders around the world.

#CryptoNews | ‘We are at war’ with crypto, says Turkish President Erdoğan

Turkey is one of most best places for Blockchain hub at Bitcoin with two specific leg in the Asia and Europe, Turkey’s every announcement are impacts most on the two Continents whether Asia or Europe. although, Turkey almost investing in crypto with 25% to 45% in the both leg part of Asia and Europe but still Turkish president announcing a says ‘ we are at war’ with crypto currencies for the strength of their official currency Turkish Lira.

” Erdoğan hosted a question and answer event in Mersin, Turkey with youth from across the country. An attendant referred to the Digital Turkish Lira Collaboration Platform announced last week, and asked if the central bank would embrace cryptocurrencies. He also asked Erdoğan about his opinions on crypto.“

“We have absolutely no intention of embracing cryptocurrencies,” answered the president, adding:

“On the contrary, we have a separate war, a separate fight against them. We would never lend support to [cryptocurrencies]. Because we will move forward with our own currency that has its own identity.” but without Bitcoin any official digital currency might not be success.

By the way, The Turkish president’s this announces will not more impacts on the crypto currencies because of United States Dollar and U.S Sanctions on the development of Turkey. its will be a big panic for short term, daily traders and till monthly traders but not for yearly and long term investors. once bitcoin will be plunge $39K to $43K in this 24-48hours of the second plummets.

A big attack on a large $12 million amount of pBTC happened on the Sunday. Hacker, hacked a cross-chain decentralized finance (DeFi) protocol late Sunday.  pNetwork lost 277 pBTC (worth over $12 million at current prices) in the cross secure cross chain of pNetwork, pBTC is a version of wrapped bitcoin in the pNetwork ecosystem. Wrapped bitcoin is a token on a smart contract blockchain that is backed by an equivalent amount of bitcoin. It’s created so that the bitcoin can be used in DeFi protocols, to generate yield for instance. pBTC exists on various blockchains, including Ethereum and Binance Smart Chain (BSC).

pNetwork said, a hacker was able to leverage a bug in its codebase and drained pBTC from the BSC blockchain, mostly hackers attacked on the BSC from leverage bug from the publish codebase development of BSC (Binance Smart Chain) to attack on the current market levarage an increase a big volatility in the over blockchains.

The bug has been identified and a fix has been proposed for review, said pNetwork. It expects the bridges to be back up in approximately 12 hours.

pNetwork said it will offer a $1.5 million bug bounty to the attacker if they return the stolen funds. “Finding vulnerabilities is part of the game unfortunately, but we all want DeFi ecosystem to continue growing, returning funds is a step in that direction,” it said. pNetwork offered for a price of $1.5million dollars but failed to recover the recent attack on the BSC blockchain, actually Funds, wallet is safe.

The price of pNetwork’s governance token PNT, which runs on Binance Smart Chain, has dropped over 18% in the past 24 hours, according to CoinGecko. PNT is currently priced at around $0.97.

As a cross-chain DeFi platform, pNetwork validators help to move assets from one blockchain to another. They do so using wrapped tokens, which they call “pTokens.” The network supports pTokens on seven blockchains: Ethereum, BSC, EOS, Polygon, Telos, xDAI, and Ultra.

In India, the government and The Enforcement Directorate (ED) raids against Crypto exchanges from week for illegal money or crypto transactions at the cost on millions US Dollar and also want to apply a big gain tax on the crypto exchanges, investors and daily traders.

A richest man of India, Despite a persistent regulatory haze, the interest in cryptocurrencies in India has only grown bigger by the day. The internet and social media are full of endless discussions on crypto. The number of crypto investors in India is growing furiously by the day. the every crypto richest man will be applied for Gain Tax, GST and ITR for the high level of Crypto earnings and investments.

The crypto community and Investors is growing day by day in India, the government is now in-action to monitor all the digital assetes and votality managing and handles all the illegal activities about large amount of transactions and imposes all kind of visible Taxes on the crypto traders.

Indian goverment wants to stable the investment of their civilians to right platform like Stock Market, Mutual finds and in-control of Indian government. Bitcoin is a world famous decentralized market where all rights are handle from each for mining, speed, network and its unable to be hacked by any anonumous.

The mostly countries are want to impose a big large amount of high Tax rates on the crypto market to keep a way better for printing more INRs ( Indian Rupees ) than Gold, Silver and other commodities assets where they announce for Printing more physical money from Accidental opprotunities for indian civilians on the any 1000X tokens or altcoins. By the way, Indian Banking, Digital Finance, Stocks, Funds, Digital payment system, fast UPI payment interface and other are active and strong but india does not can do for their use in the foreign reserve but civilians and institutional and new generations are need a nee 24X7 and Blockchain technology to grow the world better and make an profit in less time with crypto.

In the future, The indian government will be print notes on the crypto or Bitcoin when its (Crypto) being a new regulation and adoption in India as soon to possible.