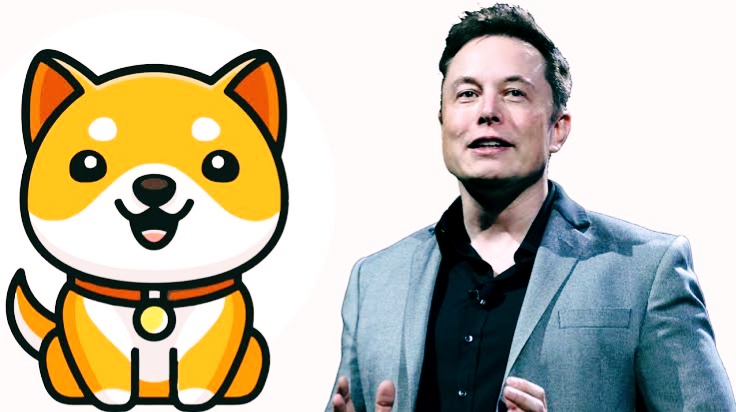 Baby Doge coin will be next Shiba Inu? : Elon musk and BABYDOGE news

LAS VEGAS, NV | a new meme token called Baby Doge Coin (BABYDOGE) had surge in market cap after the tweet of Elon Musk in the meme style. its the third Elon Musk’s favorite meme token and Shiba, Dogecoin and Bitcoin were in the already favorite list of Elon Musk’s interest in Crypto Market.

What is Baby dogecoin ?

Baby Doge is the new favourite of crypto enthusiast and Tesla CEO Elon Musk. What is it? A spinoff of already existing meme cryptocurrency Dogecoin. Elon Musk has brought the spotlight on Baby Doge. so might Baby DogeCoin will be next Shiba with elon musk’s crypto trust, also mostly meme investors thinks its an second #dogecoin and could reach equal price of Shiba Inu.

The creators of Dogecoin had merged the popular Shiba Inu dog from the time with the growing concept of cryptocurrencies. Doge has always been associated with the Shiba Inu dog. This theme has become so popular that others also started using it. The dog got its own Shiba Inu coin earlier this year, and now we have the Baby Doge with the face of a Shiba Inu baby.

By the way, its both meme coins called Shiba and Baby Dogecoin will be make dogecoin stronger than other own price increase of new selected alternative or doge killer coins.

Baby Doge’s website credits “fans and members of the Dogecoin online community” for developing it. this will be next large active community after Doegcoin and Shiba inu.

Baby Doge seeks to impress his father by showing his new improved transaction speeds & adorableness. the transaction speed is much better than other favorite coin of Elon Musk and the community is a open source decentralized integrated smart staking system.

Will Baby Doge Coin Be the Next Shiba Inu?

although Shiba coin has more important supports of Ethereum CEO and Elon Musk or other celebrity profiles support of the backed. but the Baby Dogecoin seems a temporary support of Elon Musk than other peoples, others are not investing in the current market situation of Crypto Currency because of high money invested in BTC, ETH, DOGE and SHIBA that all are still in loss more than 50%-70% and investors are waiting for good opportunity to sell all their bought coins in the profitable amount against today’s market pledges. it seems, its not good time for the meme token investors because meme is a funny that other financial assets of digital world.

Shiba has swaps, community, DeFi, followers, investors and high rank in the total market and like other financial assets, but its (BabyDogeCoin) seems a new and temporary token to improve the value of dogecoin which is existing first meme token.

we seems, Baby Doge Coin is not surge in price of every quantity of assets but surge in Market Capacity of Baby Dogecoin community.

In the last 24 hours Baby Dogecoin growth almost 2000% After the Tweet of Elon Musk. See below