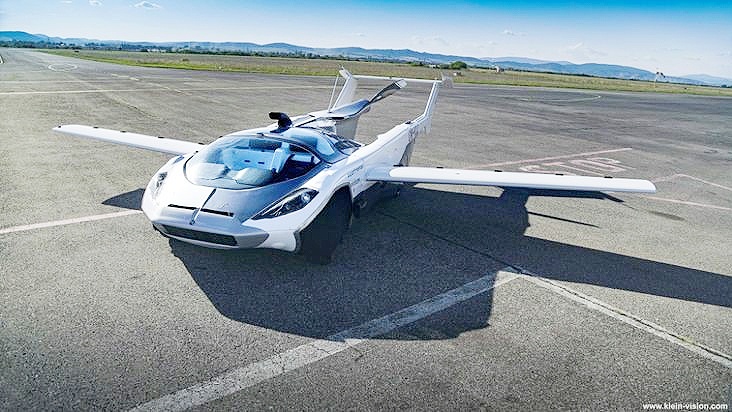 BERLIN, GERMANY | World’s first car has a engine of BMW (Bayerische Motoren Werke AG) to inter-city flying and drop peoples to each other. BMW’s Engine and car can fly at an altitude of 8,200 feet in only 2 minutes 15-40 sec for transform into an airport.

Back in the February, 2021. The world’s first ever flying-car which will be travels at 160-180 kilometres per hours and at altitudes of 10,000-11,000 feet, was cleared for take-off by the Federal Aviation Authority (FAA) in the United States.

See the full reviews of car amid flying between each other airports, See Full Video below.

In the Slovakia, a prototype flying car that was created by professor carried and made a success inter-city flight between two airports.

The BMW’s engine car flew between Nitra and Bratislava, the distance between those almost 75km to 80km which was completed in only 35/36 Minutes under the cruised speed of 170 kph which is 20 kph less than its maximum speed.

The flying car named ‘AirCar’ was created by professor Stefan Kelin of Kelin Vision with the engine of BMW car company. it seems, this car performed better in the flying vision, in the 2025 AirCar will be better perform for special and rich flight traveler to transform inter-city airports to each other airports. the AirCar could be mostly uses for the Airport to Airport travel purpose, but mostly long route from 1000Km a day not be possible for the long time journey.

The AirCar is convertible ‘Flying Car’ to press additional ‘button’ to tucked the car’s wings might flying after that 80 kmph of car speed on the road.

According to Engadget, Professor Klein has now recorded 142 successful landings sight more than 40 hours of test flights in his flying car.

As of now, the vehicle is equipped with a 160HP BMW engine with a fixed propellor and ballistic parachute. Klein plans to build a 300HP pre-production model that is likely to receive a CS-23 aircraft certification from European aviation regulators.

Finally, it can now be made available to pilots and flight schools and other practical areas.